Songs on Saturday ~ Somewhere On A Beach

it’s got to be five o’clock somewhere

This song by Dierks Bentley says everything about the kind of summer vacation that I can’t enjoy right now.  As a matter of fact there are some fabulous beaches near the garret, but it isn’t warm, it isn’t relaxing, and there is certainly a dearth of hot girls in skimpy bikinis.

If it comes right down to it I can’t play the guitar either. 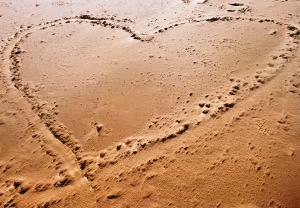 but I can dream

Songs on Saturday ~ Born To Be Alive

One reason I’ve posted a bunch of dance tracks is to get some aerobic exercise while I’m vacationing in Cancun.  And to see if priests can dance.

Lady priests that is.

You never know until you try, all part of Life’s rich tapestry 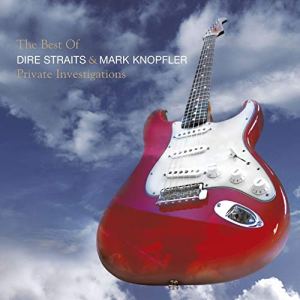 I believe my new friend plays the guitar.

I need to cure what’s deep inside ~ this helps

If the Gods are smiling on me then I should be on a beach in Cancun, maybe with a good-looking woman for company.   It’s tough, but nobody said that getting to Mexico in the middle of the coronavirus pandemic was going to be easy.

Well, what do you want?  It’s a vacation track and video.

I’ve driven those roads, in a Mustang.

And my name is Jack. 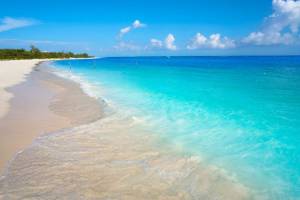 Soak up the Sun

Sheryl Crow may not be to everyone’s taste.  Hell we don’t even have her type of music here in England.  But I like this, especially as I’m going to Cancun to meet a priest.  Spirituality or sex?

With rakes and shovels and implements of destruction in the back.

Please listen and be relaxed. 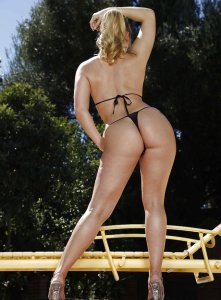 if at first you don’t succeed, try something else 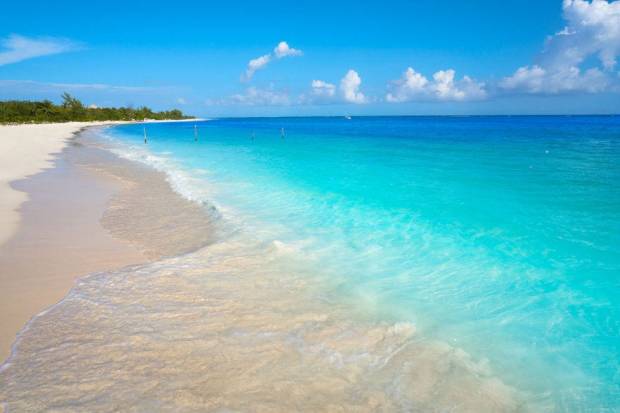 You may be aware that here in England we’re suffering from 28 days of very strict coronavirus lockdown, which comes to an end on December 2nd.  Except that’s not the end of it ~ when this period of miserable self-isolation ends we will be entering an indeterminate period of lockdown by tiers.  Wouldn’t you know it, the whole of the North East of England is in the strictest tier 3, which is almost as bad as the bloody terrible state we are already suffering.

Of course the whole country is in an uproar, and I do not blame anyone for complaining in the bitterest terms.  Prime Minister Boris Johnson won’t be able to get elected as a dog-catcher after this.  And as for the sanctimonious twerp of a Health Secretary Matt Hancock ~ as his name says .

So, at 11:15 on Sunday December 6th I’m flying to Cancun, to stay in the utterly fantastic fabulously expensive, all inclusive, Royalton Suites Resort and Spa.  How cool is that?  Two weeks in the sun instead of two weeks of miserable lockdown in the cold, grey North of England.

Any volunteers to be a travelling companion can apply in the comments section. 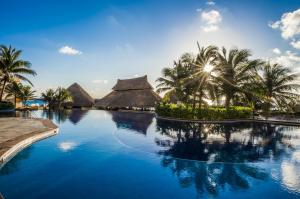 it’s tough at the top

I have an insane desire to be someplace warm and sunny

It’s a little bit cold and grey in the North of England which made me wonder if I should be somewhere else.  The hysterical clamour from the government, health officials, and the police tells me that I definitely want to be somewhere else.

So, I’ve decided I’m going to Cancún for a couple of weeks in November.

Thus far I’ve booked a great hotel; Fiesta Americana Condesa Cancún and at about $5,000 for two weeks I’ve got a great deal.  (Because hardly anyone is going hardly anywhere.)

No doubt I’m breaking all kinds of regulations for going to and staying there, but frankly, I don’t give a shit.  It’s very sad that my one time, long term ‘friend’ won’t be coming along with me either.

Next task for today, book some flights, with my preferred layover at ORD. 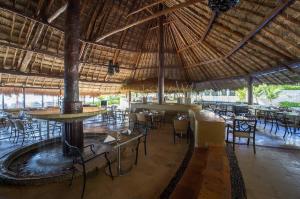 looks good for a lazy couple of weeks

home isn’t always where the heart is

Back at home after a sunshine vacation.  All of which was good, except for the sick flight home.  I thought I was looking for the summer ~ seems the truth is, I was trying to fill an empty place in my heart.

Today, here in England it’s cold, wet, grey.  My friends are acting strangely.  I’ve been as sick as a dog for a week.

I’m beginning to wonder if coming home was such a good idea. 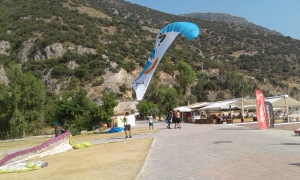 time I found a way to fly away

the paragliders are out in force today, squadrons of them 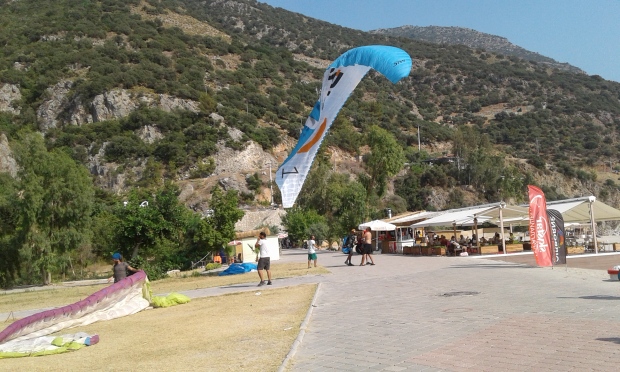 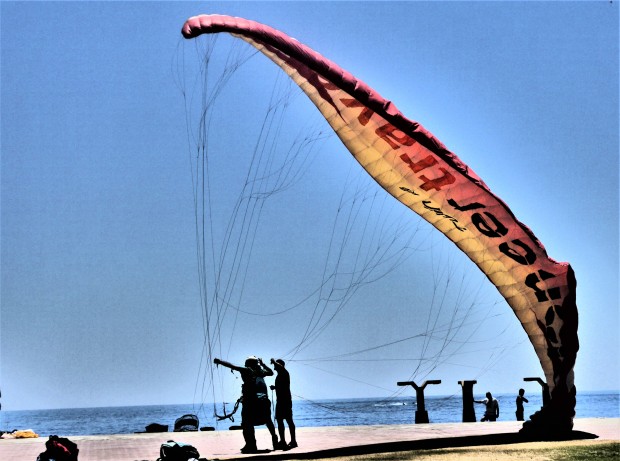 Orville and Wilbur might approve, but you will never get me up in one of those things

it’s so quiet you can hear the sunrise 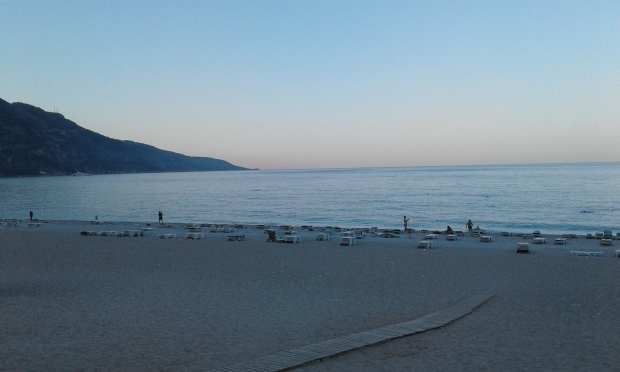 Saturday morning after the Friday night partying here, and only me and a few determined German joggers and powerwalkers are out and about.  They never look as though they are having fun.  Mayhap ‘fun’ is verboten.

The bread delivery man and street-sweepers are out and about too.  Only a Mediterranean people would think it a good idea to have a couple of guys with a dustpan and brush each set off to clean up a whole street. 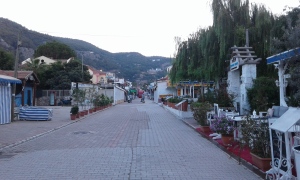 a few short hours ago this street was jumping

For the second year in succession my Christmas vacation plans have been cancelled ~ without so much as a ‘bye your leave’.

The thing is, when other people totally  mess up your Christmas holiday plans, they feed you a bunch of guilt assuaging crap in the mistaken belief that you can’t telling the whole truth.

The other thing is, when Christmas vacation plans get suddenly cancelled, it’s pretty difficult to unwind arrangements, and almost impossible to make alternative plans with only 6 weeks or so until it’s time to fly off to somewhere warm and sunny.  At Christmas Time everywhere is booked up months in advance, the airlines are overbooked, and it’s utterly impossible to find a cute travelling companion.

So, come Christmas Eve, I’ll have a box full of gifts for a woman, a suitcase full of great clothes, a wallet full of US$, and no place to go.  Last year I stayed in the garret on my own, except for Marmaduke, and got good and drunk ~ well miserably drunk.  And it looks as though it might be the same this year.  Which is a shame.

The other sad thing is that, along with my holiday plans being cancelled, comes some problems in a treasured relationship.

l, they always said that when things seem to be going well you’ll get a load of shit dumped on your head.