Somewhere Over The Rainbow

the bigger the storm, the brighter your rainbow

Face it, we’re all facing pretty big storm-clouds , and it doesn’t look as though they’re going to blow over any time soon.  So let’s all look for the silver lining, and hope that we find a rainbow shining through.  It’s either a nightmare, or a dream ~ you choose.

A change from Judy Garland, and I like this version of the classic song.

Please listen with a smile on your face.

With thanks to my friend Paula Light for the inspiration.

love of a friend

rainbows that arch in the sunlight

with colours that gracefully blend

a voice in the peace of the night

soft with real love for a friend

my lady, I am your knight

words and pictures by jack collier 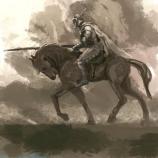 The Great War Transformed The World

AT 11pm ON 4th OF AUGUST 1914 THE BRITISH ULTIMATUM TO GERMANY EXPIRED.

a double rainbow ~ symbol of transformation

Many young men and women from the British Empire would not live to see a double rainbow, the symbol of transformation.

poppies ~ the symbol of Remembrance