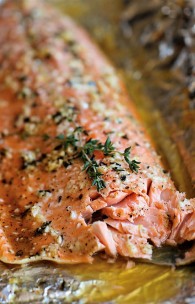 There are literally thousands of diets out there, from the 5:2 diet, the Mediterranean diet, the Paleo diet, the Sushi diet, and even the simple calorie controlled diet.  These diets can get quite complicated and the professional aficionados would love us to buy their books explaining the benefits of these diets and giving us lots of recipes that we’re probably never going to cook.  As it happens I try to follow the tenants of a Mediterranean diet, simply because I like Mediterranean food.  Conversely I would never follow a Sushi diet because I hate sushi and I firmly believe that raw fish is inherently unhealthy, to the point of being dangerous.

However, after some study of diets, nutrition, and health, I can give you some basic guidelines about what you should include and avoid in all those calories.

You may think that’s all too damn difficult, and probably expensive.  Well, it takes effort to follow any guidelines,  and good organic food carries a price premium, but really, how much is a healthier and longer life worth to you?

cauliflower is a surprisingly versatile vegetable

give up food / booze / cigarettes

Some may remember that I stopped drinking coffee on June 9th this year.  I stopped drinking booze a good while before that, and in the fairly recent past I spent several years being completely celibate ~ (in retrospect I could not recomend that lifestyle choice to anyone outside of a nun or priest).

The point is I find it fairly easy to practice total abstinence from pleasurable activities.

On the other hand I find it very difficult to exercise self-control when it comes to reducing and limiting my consumption of pleasurable substances and experiences.  At the same time I gave up coffee I also planned to give up eating wheat products, (bread, cake, cookies, biscuits), and reduce the amount of salt, sugar, and watching trashy shows on television I was ‘enjoying’.

You know what?  It’s not just poor me who suffers from this dichotomy of abstinence versus controlled consumption.  On my very rocky road through Life have seen the same thing so many times in others; alcoholics, smokers, drug addicts, compulsive gamblers, abusers of prescription drugs, exhibitionists, pornography addicts, women who profess to like casual sex….

In the various recovery programmes from various forms of addiction there is a much greater emphasis placed upon abstinence as opposed to controlled consumption.  Every 12 step recovery programme I know of, (Alcoholics Anonymous, N.A., C.A. & etc.), focuses on total abstinence.  Why is that?  Because it works and controlled consumption mostly doesn’t.

If you are trying to lose weight, cut down your alcohol consumption, cut down the number of cigarettes you smoke, then it’s worth remembering that abstinence works and controlled consumption mostly doesn’t.

Now for the good news.  You don’t think a genius such as I would be prepared to just leave you with that Catch-22.  You can do what I’m doing with my weight loss / dieting programme.  I am giving up eating, being abstinent from food, because that’s much easier than eating less.  OK, I’m not crazy ~ not completely anyhow.

There are some perfectly respectable weight loss regime based on short periods of fasting. This intermittent fasting can be from 12 hours to 36, or even 3 days, from a couple of times a week to once a month.  So, the hard science says that giving up booze 2 days a week is much easier than drinking less every day, and not smoking at all while at work is easier than only having two or three cigarettes.

Trust me, I know all about this.  But don’t trust me completely, abstinence is a very rocky road, get advice from your doctor before you try any of this stuff.

Personally, I’m fasting for 20 some hours twice a week, and I’ll let you know if I can stay on track. 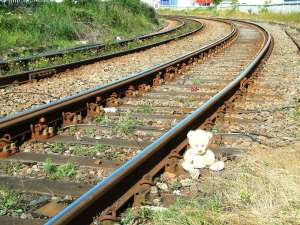