save the planet and buy a car with two engines

It all starts with the acceptance of catastrophic anthropogenic climate change ~ or for the less scientifically minded; man-made global warming.  In fact it doesn’t, it really begins with car-hating Americans like Ralph Nader, and opportunistic fellow travelers like Al Gore.  Californians, in particular, like the idea of there being less cars, and less polluting cars on their freeways.  The snag is, in the USA you can’t go anywhere without driving there.  (Unless you fly ~ and nobody would be insane enough to suggest a hybrid Boeing 757.)

So, smarter minds than the green, anti-car activists tried to come up with a solution.  The first go-around were all-electric vehicles such as the Tesla, and apart from the hugely polluting batteries, that idea has some merit.  Bigger engines, like a nuclear power plant, are more efficient than the smaller gas engines in the average Ford.  The snag is, electric cars are useless; expensive, short ranged, and difficult to recharge, (time and place).

The solution to that one is to make the car recharge itself.  We add an electric motor and batteries to an ‘ordinary’ petrol powered vehicle ~ and we have the New Bright Hope, the HYBRID.  FFS!

Buy a hybrid and all you’ve done is buy a power-station on wheels.

your intellect may be confused, but your emotions never lie

some things are guaranteed to get you into deep shit

Rather a lot has happened this year.  Beginning on my birthday the whole of England was condemned to various degrees of house arrest.  We are now in Lockdown Day 256, almost nine months that the whole country has been in suspended animation.  Probably for no good reason whatsoever the government has spent £394 billion of our money trying to stop a non-existent pandemic of the COVID-19 virus.

Nobody has been allowed to visit with anybody, and heaven forefend that you might want to make out with somebody you don’t live with 24/7.  Here in England sex is just about forbidden ~ unless you are a member of the government that is.

We are not allowed to go anywhere, especially we English are not allowed to enter The Peoples Democratic Republic of Wales.  Scotland is out of bounds for us Sassenachs too, but who in their right mind want to have anything to do with a country run by the wee ginger krankie?  The Scots must be totally confused as they try to convince their heads of things their hearts know is a bunch of lies.

The police here have turned themselves into a cross between the East German Stasi and the Gestapo.  Having a dozen of the boys in blue band together to arrest an innocent elderly lady for standing by the Houses of Parliament’s railings must be such fun for them.  Mind you, they all acted like craven cowards when confronted with BLM protesters.  Of all the crazy police forces in England the North Yorkshire Police have gone the furthest in coronavirus insanity.  They are using automated licence plate recognition systems to identify and stop people from tier 3 areas entering their tier 2 Garden of Eden.

Every single politician and government official has shown themselves up for the ignorant buffoons they are.  Gavin Williamson, England’s minister for education is the latest idiot, he managed to insult the whole world in a radio interview he gave about our early roll-out of Pfizer’s coronavirus vaccine.  BTW, that stuff is mostly untested, and nobody has a  clue about the long-term effects of this jab.  You’d have to be crazy to have it.  After you Boris.

And Boris Johnson, our ineffectual Prime Minister, has lost the plot.  He is so in thrall to his current squeeze Ms Carrie Symonds that his government is set to adopt all of her mad ocean conservation, save the planet, green eco-warrior ideas.  For example, all petrol, diesel, and hybrid cars and vans will be totally banned here from 2030.  Really?  How’s that going to work?

Meanwhile all pubs, clubs, bars, restaurants, are shut, by order.

You couldn’t make it up.

Is This The End of the Internal Combustion Engine?

Environmentalists are killing the planet, destroying the economy, and stealing your children’s future.

In Sweden, Volvo has announced that from 2019 all of its new models will be either completely battery powered or hybrid vehicles.  There’s a couple of interesting points here.  Firstly this move will put a whopping premium on the price of all new Volvo’s.  And secondly, hybrid cars still have to have a petrol or diesel engine that will produce nasty polluting exhaust fumes.

Diesel exhausts are killing us all, allegedly.

Across Europe several major cities, (Paris, Madrid, Athens), say that diesel cars will be banned from entering their environs from 2025.  The Hell-Hole that is Mexico City has followed suit ~ ha!  The mayor of London, Mad Sadiq Khan, wants to ban Petrol and Diesel cars from London by 2050.

These headline grabbing moves will achieve absolutely nothing except to cost consumers and taxpayers trillions of Pounds / Euros / Dollars.  Banning diesel and petrol cars in the UK will impose vast costs on drivers for little environmental benefit.

There is no conceivable way that the British electricity generating and distribution systems will ever be able to provide enough power for all those battery powered cars, (and vans and busses, and trucks?).  Just where will all the extra power come from?  The back of an envelope estimate is that all these electric vehicles will add an extra 30 gigawatts to UK peak demand, and that means we would need 50% more generating capacity.  That’s equivalent to another half-dozen huge nuclear power plants like Hinkley Point, or another 20,000 wind turbines, (which only work some of the time).  I have no idea how many acres of solar collectors it would take to generate that amount of power, but they don’t work at night, which is when most people will be charging their electric vehicles.

The British Government says it will install a fast charging point every 20 miles on major roads ~ imagine how many holes in the road and road works delays that will mean.

The British Government are also considering slashing the maximum speed on our motorways to 60 mph, and what is that supposed to achieve except more fines from speeding tickets?

This all seems a bit rich considering that the whole man-made global warming agenda has been exposed as nothing more than a massive fraud.  The best estimate is that if all the trillions of dollars Obama proposed to spend on his Clean Power Plan to tackle non-existent man-made global warming was actually spent, then global temperatures would perhaps be reduced by 0.057 degrees Fahrenheit ~ one five-hundredth of a degree.

Climate change is a normal, natural, and perpetual process which occurs, and has always occurred, with sublime indifference to man’s puny input.  ~  James Delingpole.

There are a few inconvenient truths that politicians and environmentalists would rather the public didn’t wake up to;

Thinking is the hardest work there is, which is probably the reason why so few engage in it.  ~  Henry Ford

At least I have the personal benefit of being able to totally and completely ignore all this banning petrol and diesel fuelled cars crap.  Not only that, because I live in a democracy I can cast my vote in ways designed to discomfort the current crop of lightweight, insane, political pygmies.  (And that’s an insult to pygmies and the mentally ill.)

Meanwhile, the Lotus 7 is 60 years old this year.  Now that’s a great car. 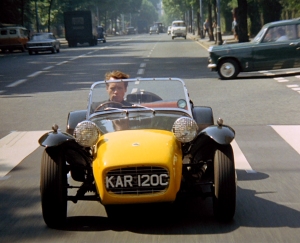 read about the Seven

Electric automobiles have been around since the 19th century, Englishman Thomas Parker built the first production electric car in 1884.  The land speed record was held by en electric car until 1900.   Not much has changed since The Electric Construction Corporation’s car to today’s Tesla.  (Nikola Tesla was a Serbian physicist.)

ALL electric cars have 5 main systems;

The Weak Point of any electric car is battery life.  This comes in 2 flavours;

Tesla make great looking, technologically advanced cars, with one huge flaw ~ all batteries eventually die, even sophisticated rechargable batteries die eventually.  One day the battery pack in your Tesla will reach the end of its usable life.  But the Tesla is a fashionable throw-away product, made for fashionable throwaway people.  (It’s also very unethical and environmentally damaging.  Recycling lithium-ion batteries is damn difficult.  You get toxic waste, not wildflowers.)

I would drive an electric car, if I had to.  I would not choose any electric car for a cool road trip.  The Tesla is very sexy looking, but it’s got no soul.  For the price of a Tesla, I could buy a really cool car instead. 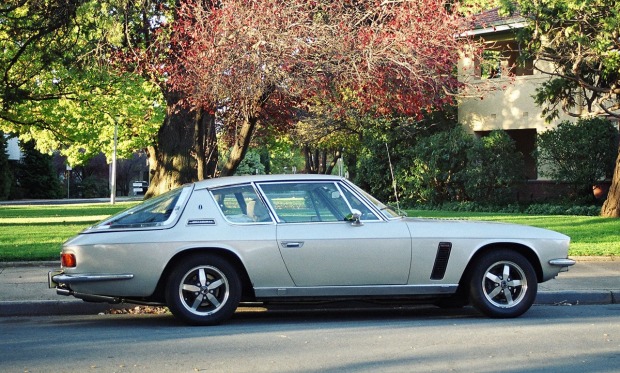