Christmas is a time for giving, for being generous and kind, without expectation of anything in return.  Yet, who among us even understands the meaning of true generosity?

I used to believe that I was generous, but my generosity usually involved money; always paying the bill in bars and restaurants for example.  But, as I would usually go to bars and restaurants with a woman, my behaviour was only to be expected, real men always pick up the tab.  And many guys would expect sex in return anyway.  That is not being generous, that’s being a jerk.

Generosity shouldn’t only involve hard cash, real generosity means being accepting, charitable, compassionate, understanding ~ being kind in thought, word, and commonplace deeds.  Real generosity does not expect or seek repayment.  Real generosity isn’t just giving a couple of coins to a homeless person; it’s stopping to talk with him, asking how he is and trying to understand his situation, maybe giving him a hot drink, or help him in some other practical way.  The truly generous give their time to others.

Generosity and Kindness aren’t all about money any time either, it’s about being thoughtful and caring, without seeking or having any expectation of repayment.  Remembering to thank people, doing something tangible and practical for people; for example feeding the cat for your neighbour, without ever asking for anything in return ~ that is being kind and generous.

You have not lived until you have done something for someone who can never repay you.  ~  John Bunyan.

Generosity and kindness don’t involve putting in the extra hours at work so that you will receive a glowing report, and maybe a raise in pay.  Generosity would be putting in the extra hours at work helping your coworker who is struggling to finish their work on time.  Or perhaps telling their boss how hard they’re working, being complementary and kind when you don’t need to.

Real success in life is being the person who gives and helps others, without thinking about yourself.  By that measure there are not many successful people in this world.  Most think of themselves first, last, and always.  Most people are kind and polite only to those who can do them some good in return, and most people suck up to their boss while stabbing their colleagues in the back.  Back in the day I lived in the very cut-throat world of international banking, yet even then I was perhaps generous and kind; for example I would tell clients that I couldn’t do what they wanted, but I know another bank who can.  Not many would sent a client to another provider who could do a better job.

At this time of year it behoves us to be generous and kind, and that isn’t measured in the value of the gifts we give.  Be accepting, charitable, compassionate, kind, thoughtful, understanding ~ then you’re being generous. 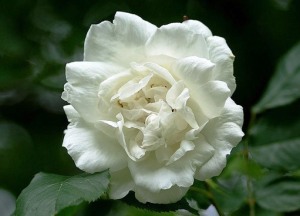 give a single rose you have picked from your own garden