For the second year in succession my Christmas vacation plans have been cancelled ~ without so much as a ‘bye your leave’.

The thing is, when other people totally  mess up your Christmas holiday plans, they feed you a bunch of guilt assuaging crap in the mistaken belief that you can’t telling the whole truth.

The other thing is, when Christmas vacation plans get suddenly cancelled, it’s pretty difficult to unwind arrangements, and almost impossible to make alternative plans with only 6 weeks or so until it’s time to fly off to somewhere warm and sunny.  At Christmas Time everywhere is booked up months in advance, the airlines are overbooked, and it’s utterly impossible to find a cute travelling companion.

So, come Christmas Eve, I’ll have a box full of gifts for a woman, a suitcase full of great clothes, a wallet full of US$, and no place to go.  Last year I stayed in the garret on my own, except for Marmaduke, and got good and drunk ~ well miserably drunk.  And it looks as though it might be the same this year.  Which is a shame.

The other sad thing is that, along with my holiday plans being cancelled, comes some problems in a treasured relationship.

l, they always said that when things seem to be going well you’ll get a load of shit dumped on your head. 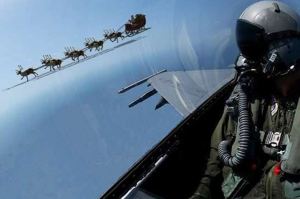