As if you didn’t know, a chowder is a rich soup or stew, often of fish, typically popular in New England and Atlantic Canada ~ usually served with crackers for some insane reason.  Chowder does travel; I have had a great clam chowder at a diner on Ghirardelli in San Francisco.  Although now thought of as a strictly American / New England dish, chowder probably originates in Normandy and / or Cornwall.  At one time England was said to be an island made of coal and surrounded by fish, both perfect for the cooking of a great seafood chowder.

As the year turns, the nights draw in and the weather becomes colder and wetter, a steaming bowl of chowder is a fabulously warming dish to serve to a hungry Englishman.

Something different from well plated by Erin; roasted cauliflower chowder, (very healthy), originally from Two Peas and Their Pod cookbook by Maria Litchy.  Erin also has a great recipe for crockpot potato soup, which is pretty damn close to being a chowder. 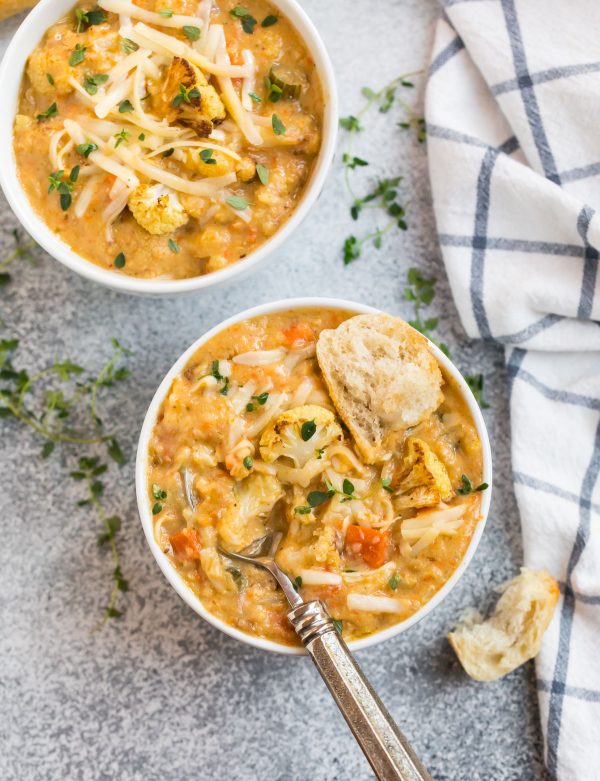 And from Heidi at Foodie Crush there’s a slow cooker corn chowder; this is made with a blend of almond milk and cashew milk.  Interesting.

A while ago I was wondering if one could make a decent salmon soup, it turns out there is a shed-load of brilliant salmon soup recipes around on the internet.  From Yummly I can offer you a collection of the 10 best salmon soup recipes, (trust me there are a lot more than 10 salmon soup recipes on this site).  Looking through Yummly’s recipes I found a super salmon chowder from Andrea Beaman at Further Food, (which is another cool site). 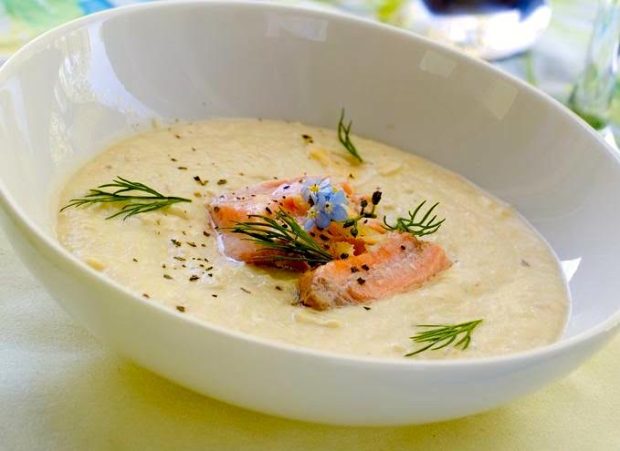 A great collection from delicious magazine.  Their winter soup recipes include this fabulous looking and great sounding smoked bacon, leek, and butter bean chowder from Debbie Major. I have tried this recipe, and it’s fantastic.

Again from Delish magazine we have a collection of 17 chowders to help you transition from summer to fall.  I especially like the look of this New England clam chowder recipe by A Family Feast with its added bacon and salt pork ~ very traditional.  Personally I would never thicken a chowder with flour or corn starch, I’d use potato instead. 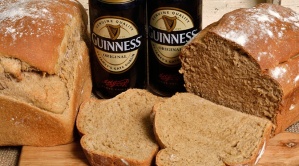 try beer and crusty bread with your chowder