The Reality of Belief

The great task in life is to find reality.

We make most mistakes, we suffer the most, and we do the most harm when our thoughts and beliefs differ from reality.  It’s when we create stories and assumptions in our own mind which are untrue that we begin on a journey of falsehoods.  And, those falsehoods lead to; alcohol abuse, drugs, eating disorders, gambling, heavy smoking, self-harm, casual sex ~ just to find temporary comfort and the illusion that our falsehoods are true.  When our beliefs are untrue we can suffer from anxiety and depression, together with a host of other serious mental illnesses such as;  Schizophrenia, Bipolar Disorder and Borderline Personality Disorder.  The stress of having beliefs which differ from reality causes a raft of physical illnesses, including cardiovascular problems, cancers, diabetes, dementia, and early death.

Yet, there is no such thing as reality.

Reality is an illusion, albeit a very persistent one.  ~  Albert Einstein

It seems that in quantum physics and interpersonal relationships there is no such thing as cause and effect ~ no straight line between the past, through the present, and into the future.  Even in very close relationships there are often merely shared perceptions of the world ~ and two people may both share perceptions, thoughts, and beliefs which are untrue.  If alcohol, drugs, or mental illness is added into the mix then we get dangerous situations such as physical, verbal, mental abuse and co-dependency.

If your life is going down the shitter, if you are prey to addictions, if you suffer from a mental illness ~ then the chances are that your thoughts and beliefs have seriously differed from reality.

Einstein and other serious thinkers may tell us that reality is merely an illusion, BUT on a day to day basis we have to live in whatever reality surrounds us.  That means seeing and accepting reality as it is, and not as we wish it to be.  Reality is neutral and impersonal.  Reality has no expectations and no beliefs.  Reality is the true state of things.  There is only one past, present, and future reality ~ it is our own perceptions and beliefs which create an infinity of different versions of the past, the present, and the possible futures.

To find true reality is both very easy and very difficult;

Some say that reality is an illusion.  And that we are all just simulations living in a matrix.  All I know is that when my beliefs differed from reality I got myself into some serious trouble. 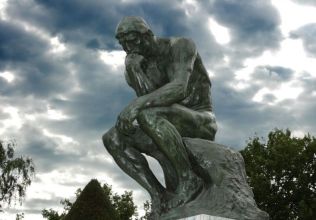 to discover your ultimate reality requires a lot of deep thought