At half-past-eight this morning I’m heading off on an all Island Grand Tour ~ although how much of 326 sq mile Lanzerote one can see in one day I’m not certain.

What’s just as interesting is why I’ve chosen to do this while nobody else in my little collection of vacationers wanted to take this tour.  It seems that I still have this odd desire to be on my own, doing my own thing, without ever wanting to ‘fit in’ with a group.  As it goes, I really don’t like being in a group.

I never ‘join’ groups, clubs, associations, or societies.  In fact, a lot of the time I live outside of day-to-day, ordinary ‘society’.  Most people both bore and irritate me ~ those people who blog here on WordPress are notable exceptions.  Perhaps that withdrawal from society is my loss, but I think I’m too late to change myself now.

It’s true that my lifestyle makes it harder to meet women…..

Oddly enough, the women in my little group of fellow holidaymakers seem to recognise that, and have suggested that I join a dating site ~ Match.com.  They were only half-joking.

Maybe I’ll think about that while I’m sitting on the coach during this Island Tour.  In-between taking lots of pictures. 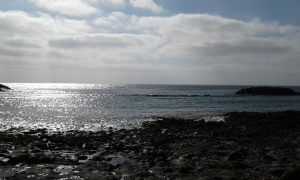