Yoga is a type of meditation ~ and done properly it’s difficult. 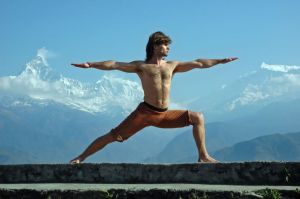 Calling this post Yoga for Men isn’t as sexist or as misogynistic as you may think.  When I was a much younger chap, far more cynical, and much less worldly-wise, I used to think yoga was a bit ‘strange’.  In my mind yoga was something that girls did, and perhaps men who were a bit metrosexual.  Now that I’ve grown up a bit I realise that yoga can be a strenuous and difficult workout ~ the kind of workout that hurts while you’re doing it and makes you ache afterwards.

It turns out that there are lots of reasons why more men should regularly practice yoga.  Some say that yoga strengthens your immune system and relieves stress.  And, that regular yoga improves muscle tone, flexibility, agility, posture, stamina, and core strength.  All I know is that regular yoga exercises and nurtures my body, mind, and spirit.  Some also say that yoga will give you a better sex life.

Just in case you don’t know, yoga involves holding postures, and holding some of these postures for any length of time can be damn difficult.  Even the few, (simple), postures I use require a great deal of strength, balance, and concentration.  Because holding these postures take a lot of strength and stamina, your muscles become more toned and develop greater power and endurance.

Yoga also helps with proper breathing, better posture, better balance, better concentration, better digestion, and increased mindfulness and serenity.   Regular and difficult yoga improves the way you look, stand, walk, and talk.  I have been told, by a very close friend, that regular yoga also greatly improves one’s sex life, and increases the pleasure you can give to your partner.  Also, some yoga poses work as great sex positions and increase the intensity of the female orgasm.  Allegedly, it’s possible for women to have an orgasm just from doing yoga.  Who knew?

So, these are the yoga positions I use regularly, and if I have the names wrong… well I’m not a yoga instructor. 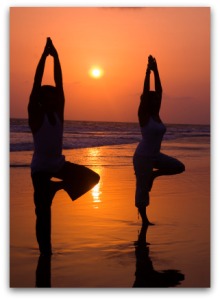 The Tree.  This classical, impressive, and elegant position promotes strength and balance in your feet, ankles, legs, and core.  Like all yoga positions I’ve tried it also aids concentration, calms your breathing, and improves your grasp of mindfulness.  Don’t worry too much if at first you keep losing your balance, what’s probably happening is that you’ve lost your mental focus.  The tree pose puts all your weight on one leg at a time, but the balance, poise, and elegance has to come from the whole body. 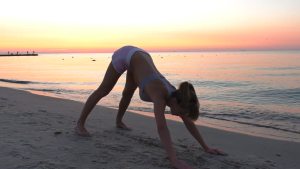 Downward Facing Dog.  Allegedly, this is one of those yoga poses that’s also a great sexual position ~ I can see that.  This position throws a lot of weight on the upper body, wrists, arms, shoulders, and chest.  It stretches the whole of the back of your legs and  body ~ your spine, arms, shoulders, ankles, calves, and hamstrings.  For me, unless I’m doing it wrong, it also strengthens my knees. 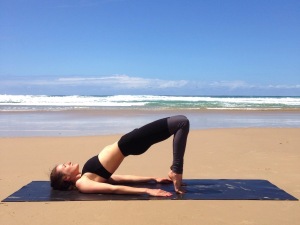 The Bridge.  This position is especially designed to strengthen your pelvic floor, (and backside), which is good for all kinds of reasons, up to and including sex.  The bridge position builds strength in your core and lower body ~ personally I can really feel this in my lower abdomen.  This is another of those yoga positions which is also a fabulous sexual position ~ or so I’m told.  When I do this, I keep my back straight and my belly flat ~ I have no idea if that’s a good idea or not. 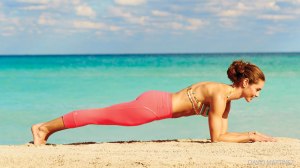 The Plank.  I find this pose tremendously difficult, not because I don’t know how to do it, but because it calls for a tremendous amount of strength.  Done properly the entirety of one’s body weight is brought into play to build core body strength, exercise the arms and shoulders, and increase one’s fortitude.  There are three basic variations of the plank, and the easiest is to rest on your knees rather than stretch out your whole body and rest on your toes.  The second easiest is to support your upper body on your forearms, while the hardest of all is to be in a push-up position with all one’s weight on your toes and hands.  Right now, I can hold this position for one minute only ~ which is a bit pathetic really. 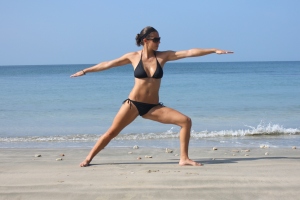 The Warrior.  This should be so easy, trust me, it isn’t.  The warrior pose stretches and strengthens the legs and core muscles of the body.  For me it also works the arms and shoulders.  More than that, this is the one position that should be so easy that I want to do it properly and elegantly.  Where that gets difficult is the whole being straight, having one’s belly and backside tight, steadiness and ease thing.  The lady in the picture looks a bit wimpy because her right arm is dropping.

Right now I only use these five positions, and the list above is in the order I do this stuff.  I hold each position for as long as I can, and that varies from 5 minutes per position, to less than a minute, depending on the pose and how I’m feeling that day.  And, again depending on how I’m feeling, I’ll probably run through all five positions a couple or maybe even three times.

However, there are stacks more great yoga positions, and if you really want to learn about yoga, then I should strongly suggest that you take a proper class, there will be one near you.  There are even a bunch of good online yoga classes.  (I took one actual class at my local gym, once, and never went back ~ but that’s just me).  Who knows, you may find yourself alongside some fit, supple, young women.  Who will probably make you feel totally inadequate. 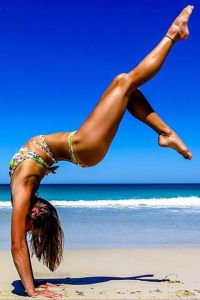 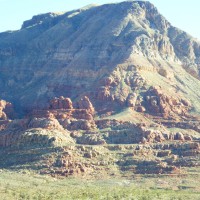 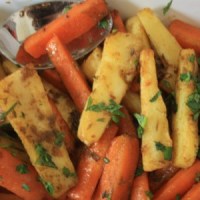 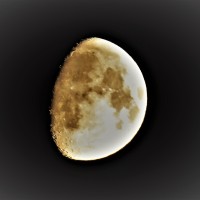 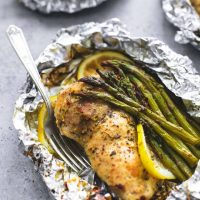 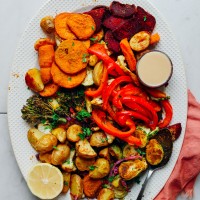 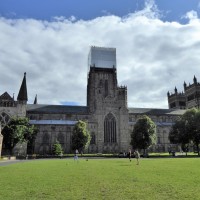 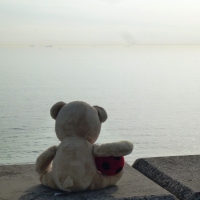 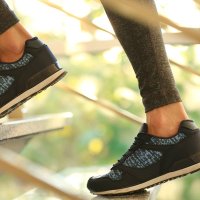 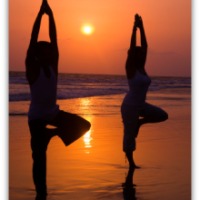 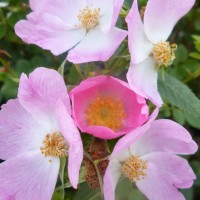