Most of the news media has confidently predicted that Hillary Clinton will be the next President of the United States.

Most of the news media confidently predicted that the United Kingdom would vote to remain in the European Union in our referendum of 23rd of June 2016. 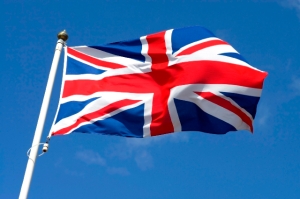 In the event England decisively voted to leave the European Union, and a new word entered the language; Brexit.

Leave aside the political rights and wrongs, and instead look at the effect that politics has on the Pound or Dollar in your pocket.

The immediate impact of Brexit has been twofold.

There is one lesson to be learned from this.  Markets, manufacturers, retailers, service companies, and politicians will use any change in the world order to justify price rises / tax increases /  rapid falls in the financial markets.  What they are saying to the man in the street is; ‘don’t blame us, it’s all your own fault for voting for the wrong result’.

What you didn’t know is that the major players in any market; banks, brokers, governments, insurance companies, speculators and the like, can all make money in a falling market, (aka a bear market).  Principally they do this by ‘selling short‘, that is they sell stocks, commodities, foreign exchange that they don’t actually own for delivery at a future date.  Then, when the market concerned falls, they buy the stocks, shares, commodities, foreign exchange they need to complete the contract ~ but here’s the thing, they buy at a lower price because the market has fallen.

Now, you or I can potentially make money in a falling market by selling short through our broker, but this is a very bad idea, because what you are doing is creating a risk where none exists, and that’s just gambling.  Entering into this kind of deal is a very fast way to go broke.

However, it benefits the major players in any market to create uncertainty, because where there is uncertainty and chaos there is profit for them.  And, where does this profit come from?  Actually it comes from you and I, the average man in the street.  Because of political uncertainties the cost of just about everything I buy, including my overseas road trips, has gone up.  The value of almost everything I own has fallen, including stocks, bonds, and hard cash.

Should Donald Trump be elected President it is likely that chaos will hit the US financial markets.  You can even take a bet on what will happen to Wall Street after the election.  I can firmly predict that if Clinton loses the value of the US Dollar will fall, as will the Dow Jones Industrial Average.  And why is that?  Because it suits the speculators to make it so.

Personally, I disagree with just about everyone in that I believe Trump will make a better president than Clinton, (as far as the US Economy is concerned), and that Brexit is better for the UK Economy than staying in the European Union and Single Market could ever have been.

But then, I’ve never been one to have fashionable views. 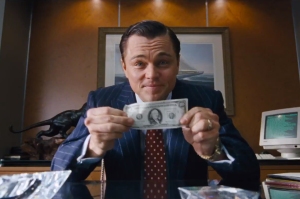 these opinions are mine, and mine alone